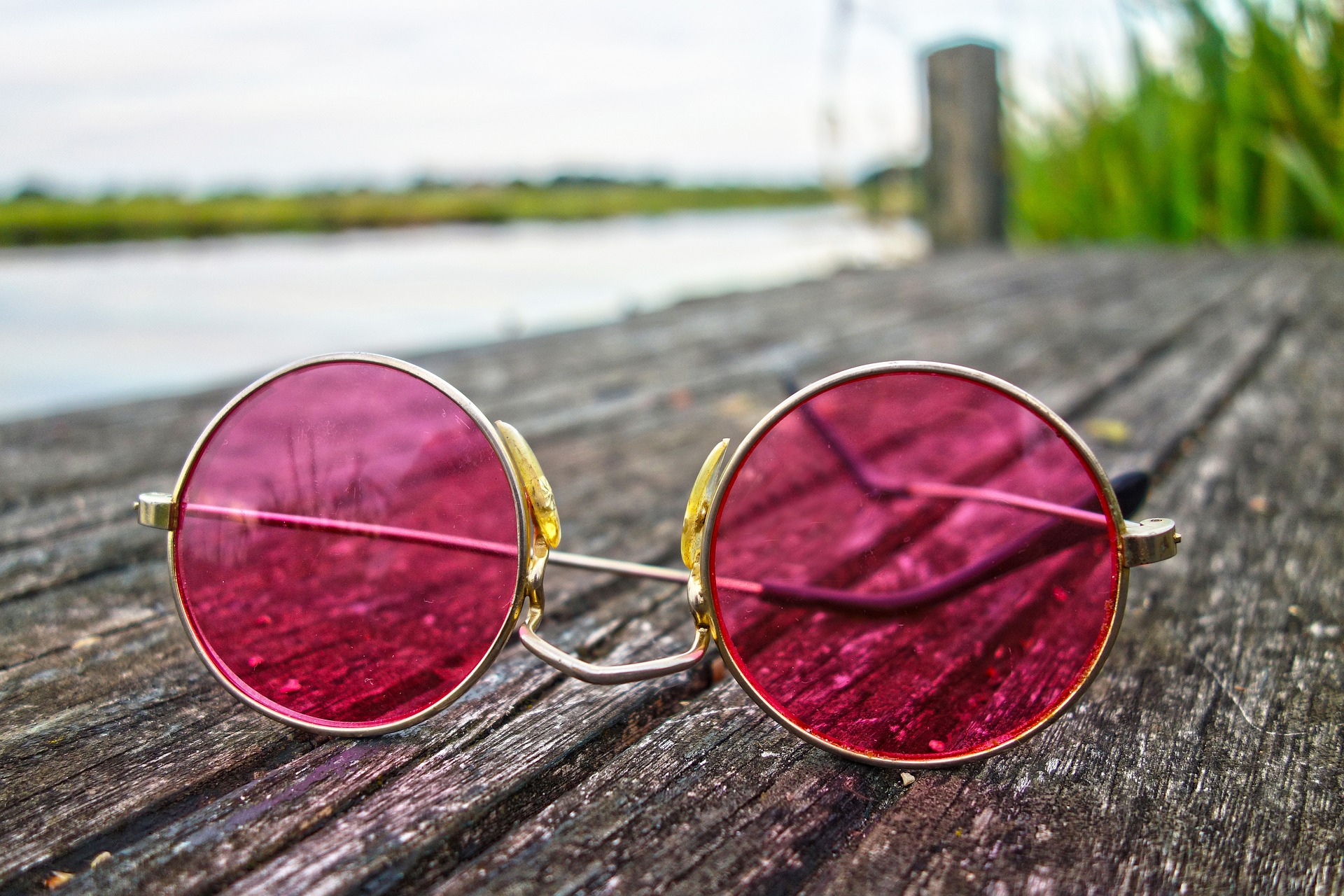 “If we dare to dream, we must dare to wake up. When we come to rub our eyes wide open and face up to realness, we can clear our vision and curb a whirlwind of bewilderment that might break our mind apart, once fantasy wrangles with reality and our awareness denies the true colors of facts. (“Behind the frosted glass”)”
― Erik Pevernagie

My blog muse has been silent for most of this year.  It was almost as if I didn’t want to challenge fate now that my life seemed to be getting back to normal after my husband’s long recovery from major heart surgery.  In my mind,  blog writing seemed to be a bit of a self-centered meandering that,  at times, I thought might appear to be narcissistic.  After my husband’s latest surgery in January of this year, I realized I seemed to be holding my breath for the past 15 months.

I sat down to write many times.  On my WordPress admin/edit page, there are several blog posts started in early 2019,  but they never got beyond a title or a single paragraph.  I journaled, I enrolled in two separate writing courses that I thought would kick start my stalled muse, but nothing was bubbling up onto a computer screen.  I journaled, my thoughts wandered far and wide.  No muse was worth sharing.

I continued to be grateful that my hubby was feeling better and almost back to normal.  I hunkered down and enjoyed quiet moments with my husband.   I resumed activities that interested me before what my husband calls his “mad cow” event, referencing a term that William Shatner used to describe the mental lapses of his character in the 90s TV series Boston Legal.

Life was beginning to feel good again.  So, why wasn’t I writing more?  Writing brought me joy.  I noticed that trivial worries were starting to creep back into my thoughts. I was also working hard on changing some unhealthy lifestyle habits that caused me to never feel satisfied with my progress.  My inner critic was “yeah butting” everything.

In yoga, I learned about the 5 Kleshas, a Sanskrit word meaning poison, which is often translated as obstacles or afflictions which get in the way of living life more fully.  The concept is that 5 states of mind impact whether we suffer from painful life experiences.  Pain is an inevitable part of life, but suffering is optional.  Our state of mind determines how we react to pain.  If any of the 5 poisons are present,  we suffer.    Wikipedia describes  these 5 states of mind as follows:

In her book, The Secret Power of Yoga, one of my teachers, Nischala Joy Devi describes the kleshas as veils that cover the light of the Divine Self.  When we become aware of them, the veils dissolve one by one, the Divine Light is seen again.

I remember being fascinated by the concept of these states of mind in my yoga teacher trainings over the past 8 years, but it’s only recently that I’ve really been able to understand  the depth of wisdom that they represent and recognize when these veils are present in my being.  To discuss them fully would require more words than a simple blog post.  Instead, I will tell a personal story where I noticed how the first veil  appeared in my life.

The first Klesha – Ignorance or Avidya – Nichala Joy Devi translates as Innocence of our Divine Nature.   The yogic wisdom is –  if  we can lift the veil of ignorance of our true nature, it sets the stage to lift the other veils.

Innocence of our Divine Nature – hmmm – what is that?  I close every yoga class that I teach with a translation of Namaste which honors the Divine in each one of us.  Seniors who come to my yoga classes,  as a part of fitness program in their residential retirement community, recognize this word as an appreciation for all beings who practiced together in class.  Namaste is the only Sanskrit word that they accept beyond the physical practice of yoga.  They joke with newcomers saying, “Namaste is the only ‘woo woo’ part of yoga that  we do  in this class.  You don’t have to be afraid.”    Over decades of practicing yoga, I have  acknowledged the light within as a reference to the Divine in each one of us.  I like to think, I “got it” and understand it.

Meanwhile, in the “real” world,  my husband’s close encounter with the afterlife caused us both to re-evaluate our lifestyle habits.   As my hubby healed, we became closer.  While neither of us are religious,  we both felt a deeper, different connection.   As logical minded folks,  we didn’t dwell on  this, we merely acknowledged our new found connection and soldiered on.

The first thing that we focused on was our diet. My hubby knew he needed to follow a heart healthy diet.  Because I have T2 Diabetes, I saw my hubby’s condition as my future if I didn’t make some  lifestyle changes.  I began  to re-educate myself and joined different on-line Diabetes support groups.    One new on-line friend, Wilma Stoy, shared her story of how she reversed her T2 Diabetes diagnosis through an app called  Better.  This Beta site was started to improve standard assistance offered to people with T2 Diabetes.  It offers life-style tracking on a smart phone with follow-up phone support through a health coach.

Doubting Thomas that I am, I skeptically signed up for this app even though  I figured that there was nothing new to teach me.  After all, I’d been studying habit change through my yoga trainings for over a decade.  I was diagnosed with T2 Diabetes almost 15 years ago and had read much about how to manage my condition. Never-the-less, I diligently logged the data that they requested daily into my iPhone.

Then, the inner critic started.  I’m just two damn competitive with myself when it comes to daily tracking.  I judged every number that I entered into my phone as good or bad.  Logging what my mind translated as a “bad” number sent me into a depression.  I kept comparing myself to others who seemed to be making more progress than me.  I started to dread my coaching calls where I was asked to set SMART Goals.  I felt like I was back in my corporate days filling in the blanks for goals in annual performance appraisals.  I knew how to give the “right” answers, but my state of mind was not on board.

At one point my coach pointed out  that what I considered to be bad numbers were actually healthy numbers by medical standards.  This “good” news tidbit went unheard as I continued to berate myself about my lack of progress.   I started to think that I would never achieve what I saw as progress in others.   Finally, I decided to share my frustration with my coach.  I vented,  “I’ve been doing self-study through yoga and other traditions for decades  and nothing is sticking.  I know what to do in my head, but I never follow through in actions.”

My coach focused on my knowledge and understanding of yoga.  She recommended that I speak with another member of the Better team.  So, I agreed to a phone call from a woman named Prapti Mehta.

I groaned inwardly, when the call started with, “Tell me a little about your childhood.”  I vented for several minutes  – “I know my behaviors and self-criticisms sound like I come from a battered background, but I enjoyed a loving, supportive childhood.”  Prapti gently prodded for more information.  I could hear my victim voice as I whined about various minor areas of distress and frustration in my life.  I shared that despite all my self-study and knowing  how to make healthy choices for my condition, I sometimes just wanted to binge on chocolate and ice cream.   Then, as  younger folks say, “Mic-drop”.

Prapti who had patiently been listening to my rant responded:

Being with ourselves in those moments of distress is the ultimate expression of Self-Love.  Self-Love allows us to be a model for others.  Say to yourself –  “I’m going to be with myself in moments of irritability, anger…”  Feel the feelings.  Change your mental stance from being harder on yourself to be kinder.  The more we control, the more we lose touch with our intuitive wisdom.  The need for chocolate may be the need for self-soothing.  Instead of will power, you need to build skill power.  Meditate on letting go of control so you can tap into that intuitive wisdom…

The veil of Avidya/Ignorance lifted as I realized as I had been self-judging and comparing myself to others,  I had lost touch with my source of intuitive wisdom, the Divine within.   I disconnected from the call in shivers.  Mind blown thoughts that surfaced in what I recognized as an “aha” moment.  Even though I had heard much of what Prapti had said before, she managed to pierce the veil of Avidya.   I felt a blog post forming in my head.

Let me know what you think and if you would like me to write about other kleshas in future posts.