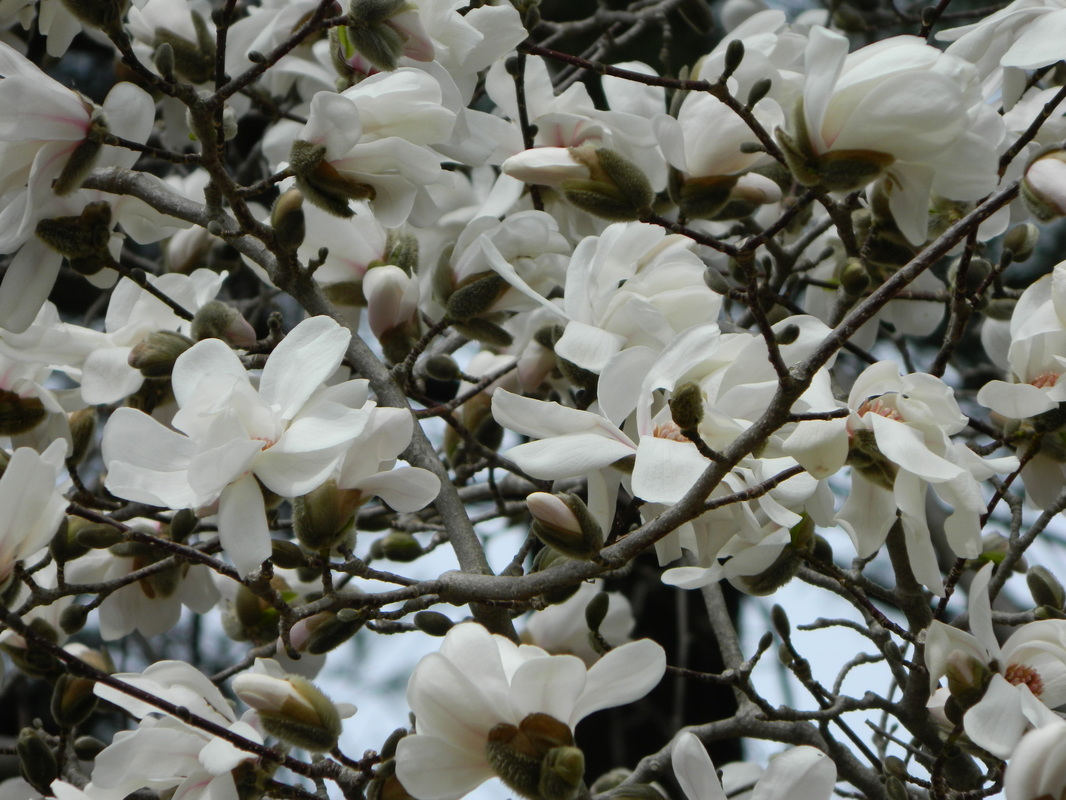 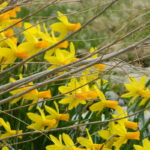 Spring arrived in April this year.  Virginia’s spring is usually a bit earlier than the spring of PA and NJ where I spent much of my life.  I relish and welcome the spring flowers as they brighten the transition from cold to warm days.  The sunny smiling daffodils, the billowing white and pink weeping cherry trees and the soon to bloom brightly colored tulips all bring a smile to my face.  Their visit is all too brief.  Ralph Waldo Emerson wrote, “The Earth laughs in flowers.”   Spring is full of laughter, but for me it’s also a reminder of how brief our time on this earth is.

April is a funny month for me.  Not ha, ha funny as in the kind brought on by the Earth laughing but funny as in odd, bittersweet perhaps.  Two people who have had a major impact on me, left this Earth during the month of April.  One died suddenly and unexpectedly at an age that seemed way too young.  The other was a sad, prolonged death that was equally difficult to understand. 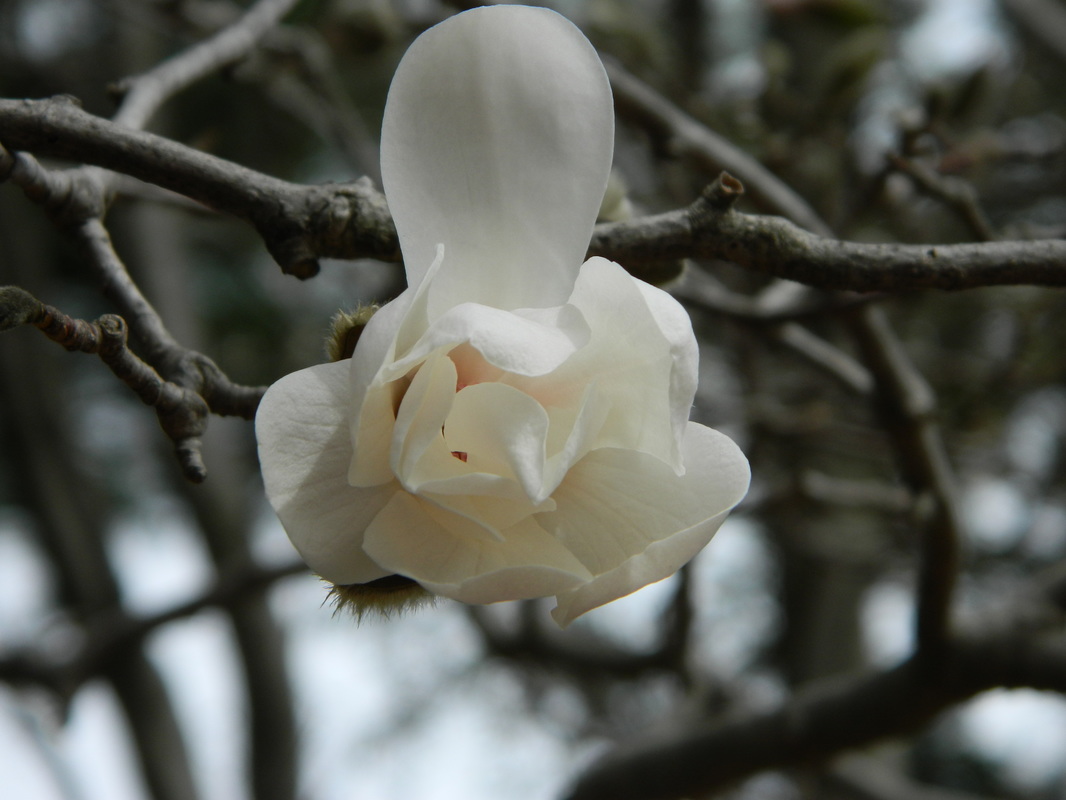 My Aunt committed suicide over 40 years ago when I was a sophomore in college.  She left behind four young children.  It sent shock waves through the family as we tried to understand why.   I had become close to my aunt in my later years of adolescence.  Her Irish birth and love of cooking were magical to me.  As a Cordon Bleu trained chef, she forever changed my perception of food.  She made standard meat and vegetables burst with flavor, and don’t get me started on desserts! 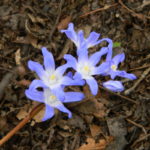 When my aunt and uncle opened a catering business, I was invited to help them out.  I watched as her creations woke up many a dreary palate in the PA County where we lived.  I got to know her better in my role as sous chef.  As I chopped onions or washed the many dishes that were used in the preparation of one of her masterpieces, I listened to her remembrances of her days in Ireland.  She seemed wistful or homesick as she talked about life in Ireland compared to her present day life as a wife and mom of an American family.   She spoke to me as a girlfriend and not her teenage niece.    I remember loving our conversations and feeling sad that she didn’t seem to be happy.

I took some time off from school to be with my extended family as we grieved and tried to make sense of her death.  Initially during the in between hours of life – falling asleep at night or just before waking at dawn, I would have conversations with her to ask her why she didn’t tell me she needed more than conversation to lift her from her sadness.  As I awoke and transitioned to the waking world, I wondered if I really knew her and how well you can really know someone? 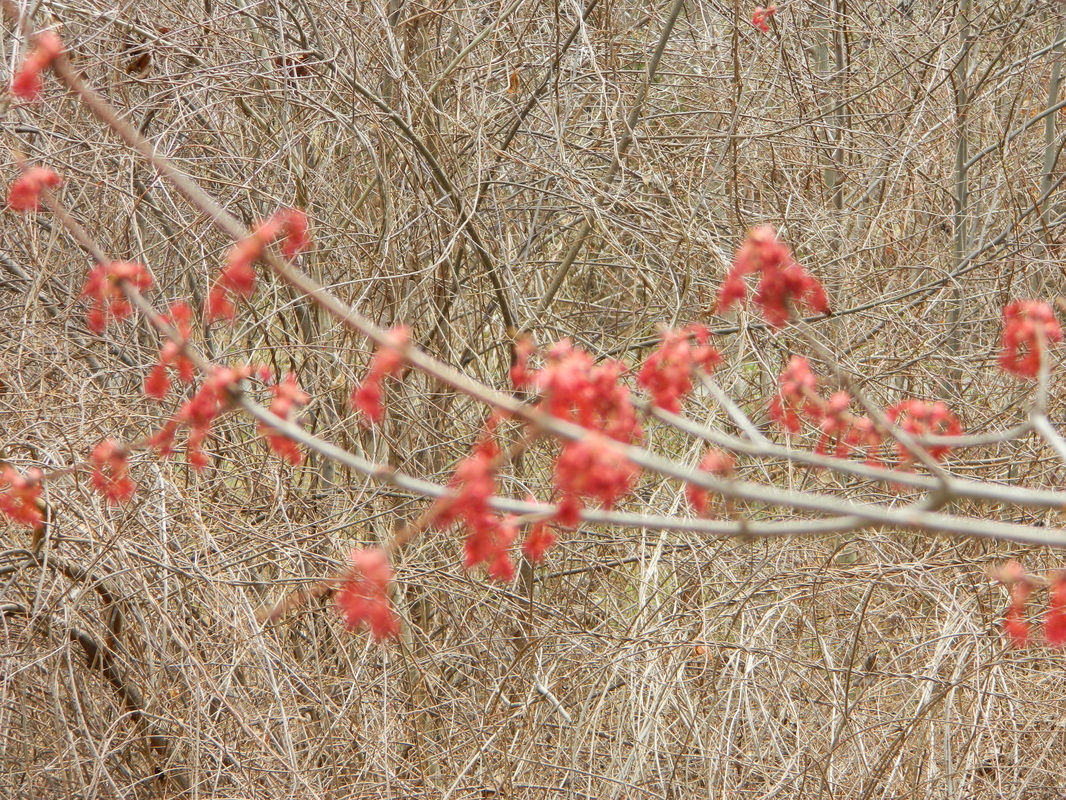 When I returned to school in the Pine Barrens of Southern NJ, spring was underway.    Blue, white and yellow wildflowers pushed their multicolored heads up through their winter brown pine needle blanket.  The smells of waking earth were intense in the sandy bogs all around.  The birds seem to sing with more confidence.  As I walked to class taking in all of spring’s wonder, I thought that the spring flowers might have brightened my aunt’s life.  “If only she had waited a few more weeks,” I thought, “she could be walking with me, now.” 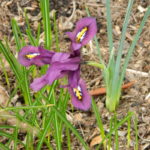 My next memory associated with April, was the death of my father many years later.  While my Dad died more than 30 years after my aunt, the timing of his death, 3 calendar days after the anniversary of my aunt’s death, made me think of the irony of dying in the spring.  My Dad was stricken by dementia.   It took him from us gradually for almost a decade.  He was painfully aware that his memory was failing him and held on to every opportunity to connect with us fully for as long as he could. The inability to express his thoughts and feelings caused him and others much suffering. Words were his strength – to watch them flee from his grasp was excruciating.

As a former Marine, Dad maintained a regular physical regimen.  When he was moved into the dementia wing of a senior living facility, his caregivers were amazed that he continued his morning practice of push-ups.  Some of the nurses knew him as a former teacher before he became ill.  They knew his warmth, wit and intelligence.  They didn’t know that prior to his teaching career he had been a Marine Cryptologist.  This was soon noted when he tried to decipher the code on the door that separated the dementia ward from the rest of the facility.  Because of his strong will and physical condition, it took awhile for the disease to conquer him.

Over the years, I know that I and members of my family tried to whisper to the Dad that we thought might still be able to hear us that it was ok for him to leave us.  When I received the call that my Dad’s time appeared to be near an end, I had a few hours drive to get back to my family.  I was transported back to an April decades ago when I learned of my Aunt’s death and made a similar drive to my childhood home.  I remember thinking,  “This time, I hope I make it in time to say one last goodbye.”

I did make it home in time and on April 10th, a sunny spring day, my Dad left his life on Earth.  That cool Pennsylvania spring day carried the aroma of hyacinths and daffodils.  Dad loved spring and waited in anticipation as the many bulbs he planted each autumn came to life in April.  As we walked out of the hospital where Dad died and I looked at all the spring blooms, I recalled a quote from Emerson who my father first introduced me to – “The Earth laughs in flowers.”    So every April, I recall my aunt and my Dad and reflect how my grief was eased as I listen to the Earth’s flowers bursting in laughter.